As technology progressed through time, innovations have been improving safety on the road. From the three-point seatbelt that car safety pioneer Volvo innovated in 1959, safety features in cars have come a long way as automakers continue to harness the latest technologies to improve how their vehicles protect drivers, passengers, and even pedestrians.

These features can be classified into crash avoidance and occupant protection technologies, according to the US-based Alliance for Automotive Innovation.

Through software that interprets data from sensors, cameras, and radar-based technologies, the organization explained, crash avoidance technologies or “advanced driver assistance systems” (ADAS) allow vehicles to sense the environment around them and to assist drivers by alerting them to impending dangers.

These systems include adaptive cruise control, which keeps vehicles at a set speed but slows down or accelerates to keep a safe distance from the car in front; lane departure warning, which alerts a car when it is drifting into another lane; lane-keep assist, which uses steering to keep the car in the lane; blind-spot alert to alert drivers of vehicles in their blind spots; cross-traffic alert for safer backing out of parking spaces or driveways; and reverse brake assist for avoiding hitting objects behind the car while backing up.

These well-known features are often bundled by car manufacturers. Ford has its Co-Pilot360, while Subaru has EyeSight. Toyota’s safety features are under its Safety Sense brand, Honda’s assistive features are collectively called Honda Sensing, while Nissan’s safety technologies are included in its Intelligent Mobility suite.

Another recent technology in crash avoidance is automatic emergency braking, or AEB, which activates a car’s brakes when it senses an imminent collision — either with another vehicle, a pedestrian, or a cyclist — in order to avoid or minimize an accident.
As vehicle valuation and automotive research company Kelley Blue Book explained, AEB can react faster than a driver can, and it can start working before one hits the brakes. AEB can also brake harder than the pressure a driver applies if it senses the car must stop sooner.

Further guiding motorists against blind spots, the video-based blind spot rearview monitor can be helpful when preparing to change lanes. “These warnings can help prevent you from hitting another car or a person on a bicycle or motorcycle,” Kelly Blue Book’s article read, adding that cars from Genesis, Kia, and Hyundai offer convenient types of these displays within the gauge cluster.

These ADAS are very much regarded to spare drivers and passengers from accidents. Research from global data and analytics company LexisNexis Risk Solutions last year revealed that cars equipped with ADAS showed a 27% reduction in bodily injury claim frequency and a 19% reduction in property damage frequency. In addition, data compiled from US’ Insurance Institute for Highway Safety and manufacturers by CCC Information Services suggests ADAS-equipped cars have anywhere from a 20% to 50% reduction in crashes.

“If vehicle crash avoidance technologies were deployed throughout the light-duty vehicle fleet, we could see crash prevention cost savings of up to $264 billion, assuming all relevant crashes are prevented,” Carnegie Mellon University researcher Corey Harper, one of the authors of the study, explained in an article from Forbes.com.

One of the well-known technologies in this category is the airbag, which has been observed to be much safer and less likely to cause injuries. The basic airbag has upgraded into a ‘smart’ one that uses an array of sensors to determine when it is not safe to deploy the airbag. Joining this advancement are side curtains and rollover airbags that aim to bring further protection for occupants in case of accidents.

More recently, Honda has integrated its Next-Generation Front Passenger Airbag into the MDX crossover and TLX sport sedans from the automaker’s Acura luxury division. The new airbag design, resembling a catcher’s mitt in baseball, was created to offer better protection in frontal collisions.

The airbag deploys into three chambers. Two of these chambers, projecting outwards but remaining connected via a mesh panel, extend out to wrap around the rider and help guide the occupant’s head and upper torso gently into the center of the airbag.

This safety innovation has gained favorable reception. Popular Science, for instance, regards the Acura airbag as the best automotive technology of 2020. “[T]he design promises to reduce the profound rotational forces that slam brain tissue into the skull during a wreck,” the magazine’s article read.

Automobile Journalists Association of Canada, meanwhile, awards Honda’s uniquely-shaped airbag as the Best Safety Innovation this year. In a statement, the association regards the new airbag design as “an important advancement” in airbag development.

Aside from Honda, Mercedes Benz is also stepping up in airbag development as its next-generation S-Class will be the first car to offer frontal airbags for rear occupants. Accompanied by inflatable seat belts, the rear frontal airbags are also designed to adapt to child seats in order to protect both children and adults.

“The frontal airbag for the rear seat deploys particularly gently thanks to its innovative construction using a tubular structure,” the automaker explained in a statement last year. “During severe frontal collisions, the rear airbag can considerably reduce the impact on the heads and necks of occupants on the outer rear seats.”

Cars have definitely upgraded in terms of safety, but the pace of development is expected to continue. According to Research and Markets, the global ADAS market size will increase from $27 billion this year to $83 billion by 2030, growing annually by nearly 12%.

Also, Stuart Mason, editorial director of The Car Expert, sees the possibility for driver monitoring technology to go beyond assessing whether a driver is concentrating enough. “[I]t’s likely that it won’t be too long before your car will be able to detect whether you’ve had too much to drink… and prevent you from starting the car,” he said. — Adrian Paul B. Conoza Deliveroo riders are not employees, Court of Appeal rules 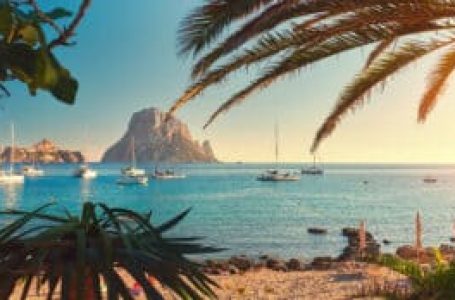 Travel green list expanded to include Mallorca, Menorca and Ibiza 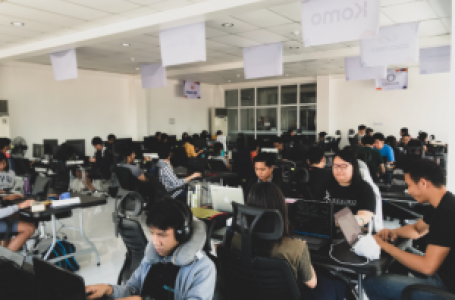 The 1st year-round competitive programming league is now in the