The ‘pingdemic’ poses a major threat to our economic recovery and it is essential that the Government acts now in order to prevent an economic catastrophe.

For England, the 19th of July has been dubbed as, ‘Freedom Day.’  We have been gifted with the easing of social gathering restrictions, social distancing rules have in large, been lifted and face coverings are no longer a mandatory requirement.  However, what is disconcerting is that on Freedom Day the soaring covid infection rates have triggered ‘pingdemic’ chaos.  In the first week of July, more than half a million (530,126) alerts were issued by the NHS Covid-19 track and trace app, requesting people to self-isolate for ten days, following contact with anyone who has tested positive for Covid-19.  This figure is a staggering 46% increase from the previous week, leading to the aptly named, ‘pingdemic’.

‘Pingdemic’ has caused utter chaos in both the public and private sectors, where thousands of people are unable to continue working.  The NHS, transport, retail and hospitality sectors have all expressed alarm at the high number of staff absenteeism, after being ‘pinged’ by the app. Professor Lucy Easthorpe, Government advisor on disaster planning, has revealed that some workforces are seeing up to 80% absenteeism, higher levels than seen even at the height of the pandemic.

My concern is that many of these sectors are only just starting to recover. For example, the hospitality sector has been one of the hardest hit and as we approach peak season and the school summer holidays, staff shortages will halt its chances of recovery.  To highlight the challenges faced, the restaurant chain, Pied à Terre are only able to offer dinner-service due to significant staff shortages.

The transport sector is experiencing similar disruptions. On Saturday, Transport for London (TfL) closed the entire Metropolitan line, with other lines also affected.   On Sunday, rail passengers in the North of England were subjected to major delays. And, passengers in Sheffield, Leeds, Lincoln, Doncaster and York were all advised against travelling.

Retailers have also heightened concerns over food supply disruptions. The frozen food retailer, Iceland is being forced to close stores, citing staff absences increasing by 50% in the last week; what’s more, disruption is also evident across their supply chains and logistics networks too.

We are at a tipping point, if we don’t do something now, then businesses won’t be able to operate at all. We’re at a time when the furlough scheme is coming to an end, which poses even further threat to businesses especially those in the hospitality sector who are exposed to multiple people in any given day at work.

If we look at the number of new Covid cases, on 18 July, these were recorded at 48,161 per day.  If this is doubled, then instead of 500,000 people isolating, this will equate to five million people being pinged!  This would be absolutely devastating for the economy, and its recovery.

The Government plans to review isolation requirements on 16 August, with a view to putting an end to self-isolation for those who are fully vaccinated.  We have PCR tests which are widely available, so why not stipulate that anyone getting ‘pinged’ should take a test, and be allowed to return to work, provided that their test result is negative.

The Government should act now to prevent an economic catastrophe, and leverage ‘Freedom Day’ to introduce these changes.

Richard Alvin has a number of investments across the media and fashion sectors. Entrepreneur of the year in 2014 Richard is also Group MD of Capital Business Media and SME business research company Trends Research, regarded as one of the UK’s leading experts in the SME sector and an active angel investor and advisor to new start companies in addition to being the host of Save Our Business the U.S. based business advice television show.
View all posts 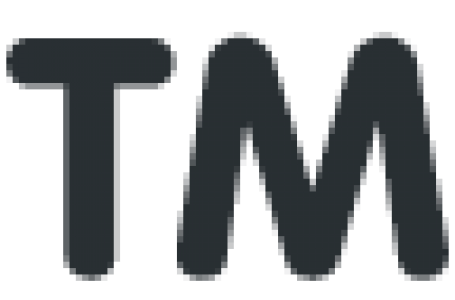