When deciding whether or not to go to court for judicial action or remedy, the main concerns can be summarized as follows: (1) the length of time to finish the case, (2) the chances of winning, and (3) the cost of litigation. In my opinion, the 2019 Amendments to the 1997 Rules of Civil Procedure and the 2020 Guidelines for the Conduct of Court-Annexed Mediation (CAM) and Judicial Dispute Resolution (JDR) in Civil Cases, which took effect on May 1, 2020 and March 1, 2021, respectively, addresses these concerns. The Philippine Judicial Academy (PHILJA) defines CAM as a voluntary process conducted under the auspices of the court, wherein the parties are referred to the Philippine Mediation Center Unit (PMCU) for the settlement of their dispute, assisted by a Mediator accredited by the Supreme Court. JDR, on the other hand, is a process whereby a JDR judge employs conciliation, mediation or early neutral evaluation of the case.

The 2020 Guidelines for CAM and JDR in Civil Cases provides the specific cases covered by the mandatory CAM and those that may be referred to JDR. Generally, these are cases that could be the subject of a compromise and where compromise is not prohibited by law nor contrary to morals, good customs, public order or public policy.

In practice, lawsuits may take years (give or take five years, at the earliest, to over 10 years if appealed up to the Supreme Court) to conclude. Fortunately, based on the mandatory timeline provided under the 2020 Guidelines for CAM and JDR, such cases can be concluded in a matter of months in case of a successful CAM or JDR.

After the pre-trial/preliminary conference, and the issues have been consolidated, the court will refer the parties to a CAM, subject to some exemptions. The mediator has no more than 30 calendar days from the date of the order referring the case to CAM to complete the mediation process without further extension. If a settlement is reached, the PMCU will submit to the referring Judge the Mediator’s Report on the result of the proceedings with the copy of the compromise agreement and any attachments.

In case of non-settlement, a Mediator’s Report stating the outcome (i.e., failed CAM or no CAM conducted) will be submitted to the referring Judge. Thereafter, in a hearing set for such purpose, the referring Judge will determine if a settlement is still possible, and if so convinced to be feasible, refers the case to a JDR Judge.

If the case is not settled through the JDR process, the case will proceed to trial. On the other hand, if a partial settlement is reached, the parties will submit their terms to the referring Judge for approval and judgement on partial compromise, which may be enforced without waiting for the resolution of the unsettled part.

Cases which are on appeal from the exclusive and original jurisdiction of first-level courts may also be referred to the JDR if the Regional Trial Court (RTC) Judge is convinced that settlement is still possible. In the case of JDR on appeal, the RTC Judge has 15 calendar days to complete the JDR proceedings. This may be extended for another 15 days upon joint motion of the parties on the ground that settlement is likely to be concluded. If settlement is reached, the compromise agreement is to be submitted to the RTC judge for judgment upon compromise. Otherwise, the RTC Judge will declare the failure of the JDR and render a decision within the prescribed period.

The promise of a speedy disposition of civil cases is among the championed objectives of the 2019 Amendments to the 1997 Rules of Civil Procedure and the 2020 Guidelines for the CAM and JDR in Civil Cases. Through effective mediation, a successful CAM or JDR will expedite the disposition of civil cases. It may well be the panacea to our slow justice system. After all, when court dockets are congested, justice delayed is justice denied.

The views or opinions expressed in this article are solely those of the author and do not necessarily represent those of Isla Lipana & Co. or Cabrera & Company. The content is for general information purposes only, and should not be used as a substitute for specific advice.

Maria Ysidra May Y. Kintanar-Lopez is a Manager at the Tax Services Department of Isla Lipana & Co. and a Senior Legal Advisor of Cabrera & Company, member firms of the PwC network. 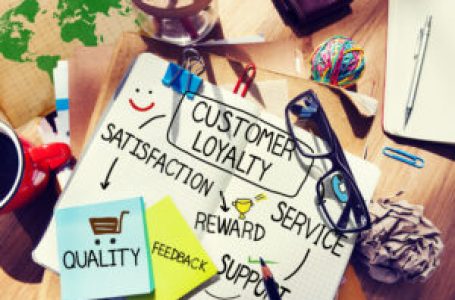