How An SEO In Madrid Can Benefit Your Business

Meralco does balancing act with service and compassion

Excellent driving skills are fundamental to complete a journey on the road. But to reach the destination should not be the only target of drivers. Every road to take certainly has rules for drivers to follow. And most importantly, drivers should ensure safe travel for themselves and other road users too.

“The behavior of road users is, in fact, the main cause of road crashes and road crash injury and death,” the International Federation of Red Cross and Red Crescent Societies (IFRC) said on its Practical Guide on Road Safety.

“Among the many risk factors involved in causing road crashes or increasing injury severity, the four most common are: the failure to wear seat belts; the failure to wear crash helmets: driving at excessive or unsuitable speeds; and driving under the influence of alcohol,” it added.

So as drivers sharpen their performance on moving vehicles, they should learn to improve their behavior as well. In a Telegraph report, various driving experts shared good habits to implement when pushing to be a brilliant motorist.

“The first, and perhaps most obvious, thing to say about good drivers is that they know what speed they should be driving at,” the report said.

It observed that although some drivers know their limits, they choose to ignore them. This would plainly result to danger due to a decreased time for the driver to react and less control over his car when unanticipated events occurred in front of him.

“[People who drive too fast] are playing with their own lives and others,” said Sarah Sillars, chief executive officer of the Institute of Advanced Motorists, in the Telegraph report. “They are accidents waiting to happen, and [we need] a major shift in [their] attitudes to think about safety.”

Drivers, therefore, must remember to stick to the limit to minimize the chances of causing an accident. They also need to focus on the road and avoid any distractions.

According to Kevin Clinton, head of road safety at the Royal Society for the Prevention of Accidents (RoSPA), drivers need to resist the urge to respond whenever notified by a text message, email, or call while behind the wheel.

“Research shows that using any type of mobile phone while driving is distracting and dangerous and increases the risk of crashing,” he stated in the report. He stressed on the failure to look properly on the road has caused thousands of accidents in the United Kingdom (UK).

Furthermore, the Telegraph mentioned that using phones is not the only one that could interfere in driving. “The best drivers avoid fiddling with stereos or satnavs or allowing their minds to wander. They keep their focus firmly on the road, and they’re all the safer for it,” it added.

With this guidance concerning speed and view, attentiveness is thus a vital behavior that motorists should consider. However, in some instances, they could lose their concentration on the road during a feeling of exhaustion. Hence, experts told the Telegraph the importance of taking regular breaks, especially when traveling long distances.

“Since driver fatigue is a major factor in road accidents, causing as many as 3,000 a year in the UK alone, it ought to go without saying that the best drivers stop regularly to recharge their batteries and stay alert,” the report said.

Citing motoring association the AA, Telegraph informed that 63% of British motorists do not take effective breaks while in a long-distance trip. And 28% said that they kept driving even when tired because they want to press on to their destination. But the report warned that such actions are inherently risky.

“If you feel tired, stop, drink a strong cup of coffee or energy drink and take a 20-minute nap. You should then find it easier to concentrate for the remainder of your journey,” it advised.

Aside from driving when tired, attentiveness on the road would lose if a driver journeyed under the influence of alcohol or drugs.

“Around 250 people are killed in drink-drive accidents every year,” stated RoSPA’s Mr. Clinton. “It is not just the drivers who suffer, but often their passengers, people in other vehicles, pedestrians, cyclists or motorcyclists, and the families of everyone involved.”

Thus, it emphasized to follow the rule of not touching any alcohol or drugs when a person knows that he is driving.

While motorists understand the need for alertness and proficiency on the road, they should also turn away from being excessively self-assured when driving.

“The key to safety on the roads is not to be over-confident,” remarked Philip Gomm of transport policy and motoring research organization the RAC Foundation in the Telegraph report. “Few people believe they are bad drivers, but thousands of us still have accidents each year. Driver error is a factor in almost three-quarters of all crashes.”

“Complacency is obviously an issue here,” the report added. “Drivers who feel they’ve got it sorted behind the wheel are much more likely to make mistakes than those who are ever-vigilant for danger.”

To avoid any of these issues on driving behaviors, therefore, the previous guide by IFRC recommended short-term measures relating to large-scale information campaigns about road safety, and long-term measures like evaluation and improvement of quality driving teaching when necessary. — Chelsey Keith P. Ignacio How An SEO In Madrid Can Benefit Your Business

Meralco does balancing act with service and compassion 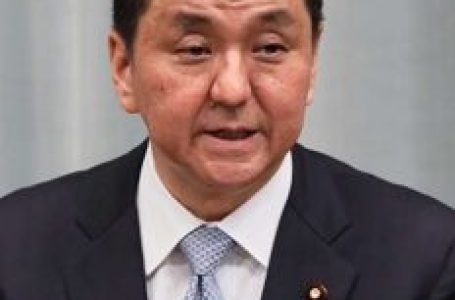 Making a mark as millennial achievers