The government is under pressure to intervene in the $40bn (£31bn) takeover of the UK’s biggest tech company, Arm Holdings, after Labour, trade unions and the company’s co-founder voiced concerns about the deal.

The US software firm Nvidia said on Monday it had agreed to buy Cambridge-based Arm, a global leader in designing chips for smartphones, computers and tablets, from Japan’s SoftBank.

If the deal goes ahead SoftBank, a technology investment firm, stands to make an $8bn profit just four years after buying Arm for $32bn in a transaction that was cheaper thanks to the fall in value of sterling after the 2016 Brexit vote.

But the Labour party, the science and technology workers’ union Prospect and Arm co-founder Hermann Hauser have called on the government to deploy its powers to block foreign takeovers, or attach conditions to them.

Asked how a sale would fit in to plans by Boris Johnson’s adviser Dominic Cummings to build a trillion-dollar British tech firm after Brexit, Hauser replied: “Not particularly well, I should think. I’ve heard that [Cummings’ plan] and he’s, of course, absolutely right but the way you build companies like Apple is by starting with companies the size of Arm, not with a startup.”

The culture secretary, Oliver Dowden, is understood to be considering whether to call in the deal for lengthy examination by the Competition and Markets Authority. The government can unpick takeovers or impose conditions if the deals threaten national security, media plurality, financial stability or, as of this year, the UK’s pandemic response. Ministers would have the final say.

The shadow business minister, Ed Miliband, said it was unclear whether Nvidia had offered any enforceable undertakings, such as maintaining the firm’s UK HQ or retaining its 2,700 staff in Britain.

“If the government has failed to extract those legally binding assurances, it will be a real dereliction of duty that calls into question their commitment to an effective industrial strategy,” he said.

The former Labour leader said any such promises should not be time-limited.

In a statement on its website, Nvidia said it “intends to retain the name and strong brand identity of Arm and expand its base in Cambridge”.

“Arm’s intellectual property will remain registered in the UK,” it added.

Its chief executive, Jensen Huang, told analysts: “We want to grow Arm and make it become even greater.” He said Arm would hire more engineers, spend more on research and run a new artificial intelligence research centre in Cambridge.

“The UK government will realise that we are making a very significant investment in the UK,” said Huang. He stopped short of making formal job guarantees and said talks with the British government had yet to begin in earnest.

Hauser said the government should use its powers to prevent the takeover but backed indefinite, legally binding conditions as an alternative. These would include a guarantee to keep Arm jobs in Cambridge, Belfast, Manchester and Warwick and a promise that Nvidia does not get preferential treatment on new versions of Arm’s chips. Hauser also called for an exemption from US Cfius regulations, which give the White House powers over the sale of products containing American technology.

Hauser added that holding on to a genuinely world-leading company such as Arm would give the UK a powerful weapon as it enters into trade talks for the post-Brexit era.

“My hope is that the government may be incompetent but they’re not stupid,” the Austrian tech entrepreneur said.

“Once one explains to them what a powerful trade weapon they have … they don’t need to do what Trump does and stop sales [to other countries] but they can use it as a threat in trade negotiations.

“With Arm they have a phenomenal bazooka that you can use to change people’s minds.”

He also predicted that Nvidia would “destroy” the Arm business model of licensing its intellectual property rather than producing its own chips, a strategy that has resulted in its technology becoming almost ubiquitous in consumer electronics.

He said Nvidia would have an incentive to keep new versions of Arm chips for itself. “They can make more than $40bn by destroying it,” he said.

Mike Clancy, the general secretary of Prospect, said: “If the UK tech sector is to flourish and create the jobs of the future here in Britain, then we need our crown jewels to be owned and managed in a sustainable way that prioritises investment in the workforce and in research and development.

“It is not too late for the government to take a more hands-on approach to this deal and impose some binding conditions to secure a stable future for Arm that benefits the whole country.”

The prime minister’s spokesman said: “The deal was announced early this morning and we will be scrutinising it in close detail, including exactly what it means for the Cambridge HQ.”

The spokesman added that Arm was an “important part of the UK’s tech sector and it makes a significant contribution to the UK economy. We want that to continue to be the case.” 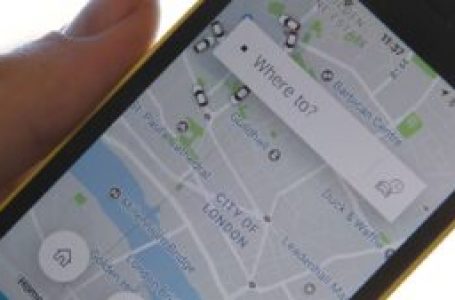